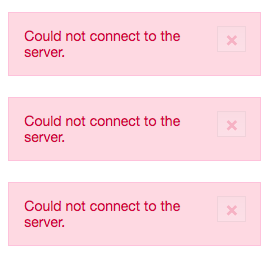 when I logged into the BPM 8.5.7 Process Portal ( if you remember, this is the new go-to Portal for everything, including the 8.5.5 instances ) via this URL: -
https://bpm857.uk.ibm.com:8443/ProcessPortal
Talking to some of my genius colleagues, I realised that I could debug this better using a JavaScript console such as that provided by Google Chrome.
This is what I saw: -

A spot of Googling for net::ERR_INSECURE_RESPONSE made me realise the error of my ways.
I'm using self-signed certificates for the IHS instances fronting BPM 8.5.5 and 8.5.7. In addition, I'm also using a self-signed certificate for PFS which, although not using IHS, still has a web UI sitting on port 9443: -
https://pfs.uk.ibm.com:9443
When I first access Process Portal or PFS in Chrome, I see this: -